What are The Most Common Causes of Cancer?

Cancer affects everyone in some way or the other. However, what is Cancer? We are made up of trillions of cells. A cell is basically the smallest unit of life. One abnormal change in the function of the cell leads to a buildup of abnormal cells causing Cancer. Cancer, also known as tumor, can be either benign or malignant. A benign tumor doesn’t metastasize (i.e. it stays at its place and doesn’t wander around) whereas a malignant tumor does metastasize and this metastases results in most deaths caused by Cancer.

Cancer is by far the second leading cause of death worldwide. According to WHO, 9.6 million deaths in 2018 occurred due to Cancer. This makes it for about 1 in 6 deaths due to Cancer globally. Out of which approximately 70% of these Cancer deaths occur in developing countries.

There are over 200 types of Cancers identified. Lung, prostate and colorectal are the most common Cancers among men. While in women; breast, colorectal and lung Cancer are ranked as top 3. Leukemia (White blood cell tumor) is most commonly seen in children.

Cancer can either be inherited or acquired during one’s lifetime due to exposure of certain carcinogenic substances found in tobacco smoke or ultraviolet radiations from the sun.

There is no single cause of Cancer. Interaction of factors such as biological, environmental or individual characteristics leads to the formation of Cancer Cells. Some of the most important causes of Cancer are mentioned below.

Tobacco use is the leading cause of Cancer, which usually results in death. Tobacco smoke contains more than 7000 types of different chemicals. Out of which 250 are known to be harmful including hydrogen cyanide, ammonia and carbon monoxide. These chemicals are toxic to both smokers and non-smokers. Even breathing a little amount can prove to be fatal. 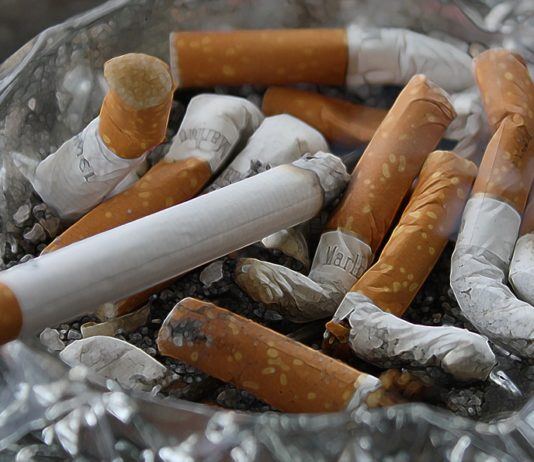 Tobacco use, be it any form, causes many types of Cancer — for instance, Cancer of the lung (90% of the cases), kidney, liver, bladder, larynx (voice box), stomach, throat, pancreas, colon and rectum, and cervix. Cancer of the mouth, pancreas and esophagus is seen in people who use smokeless tobacco (snuff or chewing tobacco).

If you are thinking if there is any safe level of tobacco use then I am sorry. You should quit using any type of tobacco product as soon as possible to save yourself from the pain caused by Cancer. Just by the way, all forms of tobacco are addictive and harmful. Be it smokeless tobacco, pipes, cigars, hookahs, kreteks or bidis in addition to cigarettes.

Cells contain genes. Genes are made up of a chemical called DNA. Exposure to different carcinogenic substances damages the DNA which the offspring can inherit from their parents. Hence, Cancer is not inherited. It is only the defective gene which is inherited that can cause Cancer.

BRCA 1 and BRCA 2 mutation causing breast and Ovarian Cancer in women is the most common inherited genetic defect. Children born with a genetic disorder such as Down syndrome are also at risk of developing malignancies such as testicular Cancer and leukemia. A defect in p53 gene causes Li-Fraumeni syndrome which leads to a number of Cancerous conditions affecting breast, bone, brain and soft tissues.

Specific medical procedures such as X-rays, CT scans and PET scans also release a considerable amount of radiation. But the benefits obtained from these procedures outweigh the risks.

The sun gives out ultraviolet radiations. Prolonged exposure causes early damage of the skin leading to skin Cancer. Although, skin Cancer is probable among people with a light skin tone, but people of all skin tones can develop skin Cancer. Thus, it is necessary that you wear a hat, sunglasses, full sleeves clothes and use sunscreen product with a sun protection factor (SPF) at least 30 to protect yourself from sunlight. Also, not to forget sun rays are at its peak between 10:00 am to 4:00 pm, can go through windshields, windows and light clothing and are reflected by water, snow, sand and ice.

Sex hormones play an essential role in the physiological function of both males and females. But, they are also seen to be associated with an increased risk of certain types of Cancers. For instance, women who take combination hormonal therapy (estrogen plus progestin) after menopause are at increased risk of Breast Cancer. Studies have also revealed that prolonged exposure to endogenous estrogen and progesterone (made by ovaries) also increases the risk of Breast Cancer. Though, giving birth to a baby has a protective effect against Breast Cancer.

A few years ago, to prevent miscarriages and premature labor, Diethylstilbestrol (a form of estrogen) was given to pregnant women. Later it was found to be associated with an increased risk of Breast Cancer in a pregnant woman and Cancer of cervix and vagina in their daughters. Thus, it is now discontinued for good.

Alcohol along with smoking makes a deadly combination and is a common cause of Cancer. Nobody wants to die early unless you are completely shattered and have given up on life. If you are a heavy drinker, try cutting down the quantity of liquor at first to save yourself from withdrawal symptoms. Drinking alcohol increases your risk of developing Cancer especially of the liver, throat, mouth, breast, larynx (voice box), and esophagus. The more you drink, the higher you are at risk.

And if you think having red wine will save you from getting Cancer then you are wrong. There’s no such evidence yet that resveratrol (a substance found in red wine) have anti-Cancer properties.

The defense mechanisms of our body tend to become weaker as we age. Hence, we are more prone to developing infections and a higher risk of acquiring Cancer. Also, the incidence of specific Cancers rises dramatically with age (due to a build-up of threats as we age). Thus, ageing is another underlying factor for the growth of Cancer.

Viruses, parasites, and bacteria are the most common microorganisms that can be called a cause of Cancer. They are among the biological carcinogens. These organisms disrupt the normal cell growth and proliferation; weaken the immune system making the body less able to fight off Cancer-causing infections.

Most common viruses to cause Cancers include Hepatitis B Virus (HBV), Hepatitis C Virus (HCV), Human Papilloma Virus (HPV) and HIV (Human Immunodeficiency Virus). HBV and HCV can cause liver Cancer. While HIV causes AIDS (Acquired Immunodeficiency Syndrome) eventually causing Kaposi sarcoma and lymphomas, these viruses can be transmitted via blood (sharing needles or through blood transfusions) or sexual contact.

Most common Bacteria to cause Cancer is H. pylori. It is a type of bacterium that can cause noncardia gastric Cancer (a form of stomach Cancer) and gastric MALT lymphoma (a type of lymphoma of the stomach lining). It can also cause stomach ulcers. It spreads through contaminated food and water. Therefore, avoid drinking tap water and eating food from unhygienic places – Better to be safe than sorry!

Opisthorchis viverrini is a parasitic flatworm (fluke), that can cause cholangiocarcinoma (Cancer of the bile ducts in the liver). Eating raw or undercooked freshwater fish is the culprit for all the seafood lovers out there.

Obesity is not a cause of Cancer. Instead, it is a risk factor. People who are obese are at increased risk of developing several types of Cancers. For example, middle-aged women are prone to develop breast and Endometrial Cancer. In addition, Cancer of the colon, esophagus, kidney, pancreas and gallbladder is seen among obese people.

Thus, it is highly vital for you to eat a healthy diet, especially a higher intake of fruits and vegetables, keep your weight in check and be physically active. Being physically active does not mean to do vigorous exercises. A brisk daily walk of 30 minutes is sufficient enough. These healthy behaviors will not just decrease the risk of Cancer but will also lessen the risk of other illnesses such as diabetes mellitus, hypertension and heart disease.

Inflammation (a typical physiological response by the body against injury) can be acute or chronic. Acute resolves within a few days to weeks. While chronic inflammation takes months and might not resolve due to persistent infections that are too stubborn to go away, it may also begin even if there is no injury (unknown mechanism). As time passes, DNA gets damaged and lead to Cancer. A chronic inflammatory disease like Crohn’s disease and Ulcerative Colitis has an increased risk of colon Cancer.

Lastly, Cancer mortality (the number of deaths caused by Cancer) can be reduced if cases are detected and treated early.

There are two ways with which we can detect Cancer patients early.

This consists of 3 steps that are inter-linked.

Firstly, awareness about the illness and its symptoms is the fundamental step. People who are not aware of the most common illness in their locality might overlook the symptoms they are experiencing. Once, they are aware they will take extra care and will come for a clinical evaluation. Physical examination and clinical tests will help in diagnosing and staging the disease. Once the diagnosis is made, the patient will have access to treatment.

Screening helps to identify pre-Cancerous lesions in individuals who have not developed any symptoms yet and refer them promptly for diagnosis and treatment. Screening methods which are carried out in different settings include; pap smears for detection of Cervical Cancer, mammography for early detection of Breast Cancer, sigmoidoscopy for Colorectal Cancer, etc.

An accurate diagnosis is essential for effective treatment. The treatment modalities include surgery, radiotherapy and chemotherapy. The primary goal is to cure Cancer and prolong life. If in case it is not possible then palliative care and psychosocial support are done to improve the quality of life of a patient.

the authorDr. Zohra Nini
Zohra Nini is a doctor by profession and is currently undergoing training. Alongside, she loves to read, write, travel, eat and sleep. She aspires to become a great blogger and share her knowledge with the world. In addition, she dreams of becoming a successful doctor and a role model for many people to follow.
All posts byDr. Zohra Nini
Leave a reply

Best 5 Adventure Sports in Uttarakhand you must try

How To Create An Exit Strategy For Medical Device Startup